Abeur, the first Arab woman to win a WTA title

Tunisia’s Ons Jabeur created a history on Sunday. She became the first Arab woman ever to win a WTA title. She won the match against Russian Daria Kasatkina  in the grasscourt final match at the Birmingham. Jabeur, who happens to be a trailblazer for North African women’s tennis, won 7-5 and 6-4 to finally win a title after getting defeated in the two previous finals. 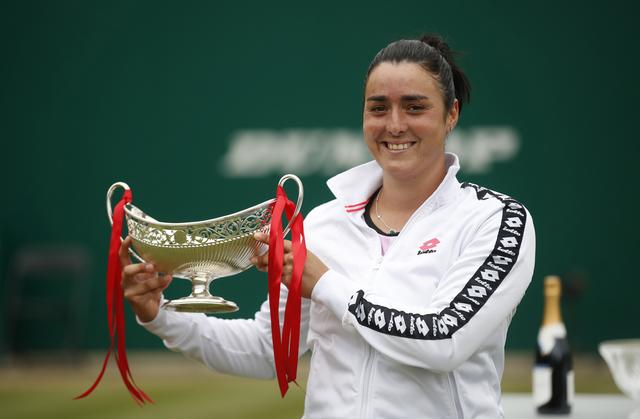 I’m so proud. There are not a lot of Arabic or Tunisian players playing and I hope this inspires them to go on and do more. I want to see more of them playing alongside me. I had to go for it. I had to win this title just to breathe out a little bit and also to be the example.”, laims Abeur.

Jabeur is also renowned for her creative shot making and trademark dropshot. She lost in the final at Moscow in 2018 to Kasatkina but got hold of her this time in the green grasscourt. As of now, she has won 28 matches n the tour in 2021. This is more than any player in the history of tennis apart from world number one Ash Barty .For more updates on Tennis, Wimbledon, French Open and the Grand Slams, stay tuned to the Midget Herald.

Previous
Uncle Tone on Nadal: “He has failed more than he had to” against Novak Djokovic